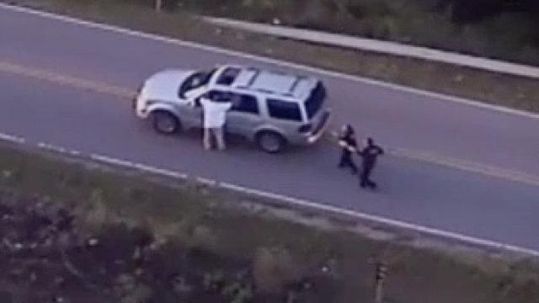 After listening to her explanation of what happened that evening, I now realize why lawyers tell their clients to keep their mouths shut.

Officer Shelby did herself no great service by blaming Mr. Crutcher for her shooting him.  It was out and out victim blaming.

Now, my problem with that statement is how did she know that he was high on PCP – which was found in Mr. Crutcher’s vehicle after she’d shot him – when she only saw him for a second or two as she passed him by.  He could have been high on anything.  Or he could have been in some sort of physical trauma.

How did she know?

She says she was in a high crime neighborhood and that anyone she saw on the street she assumed that they were on drugs and/or had a gun.

To me, that statement alone is reason enough to fire Mrs. Shelby.  It may not be enough to send her to jail but it’s definitely enough to end her police career.

And the next thing she said that caught my ear was that she did not stop for the man in the road, because again, she was on her way to a domestic disturbance, but she stopped for the abandoned vehicle in the road.

What was worst, she didn’t understand what was wrong with that statement.

Now let me explain what’s wrong with that statement if you don’t get it.

And, we know what happened next.

What Mrs. Shelby said in that interview reminded me of another case of famous victim blaming.

There was a case where a school bus driver had her bus stolen when she took her assigned bathroom break.

The bus driver parked the bus, got out, went in to use the bathroom and when she came out, the bus was gone.

When the Police caught the thief, he said that it was the bus driver’s fault that he stole the bus.  Because he was a car thief and she should not have parked the bus where she did.  It was her fault.

The same as it was Mr. Cruther’s fault that his car stopped where it did and that he didn’t follow commands, even though he hadn’t committed a crime nor was he in the commission of committing a crime.  Mrs. Shelby assumed he had.

A Tiny Kitten With A Big Mouth
By
Eliza D. Ankum
Author of
Flight 404
Ruby Sanders – A Novel
Jared Anderson – The Ruby and Jared Saga
OneThreeThirteen – A Presidential Agent Novel Series
Dancing With The Fat Woman
Thou Shalt Eat Dust
STALED! By Voices