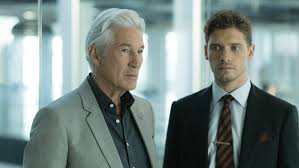 MALCOLM MAVIS WALKED slowly down the hall on his way to the Oval Office.   He was taking his time; giving the two headache tablets he’d taken as soon as his vehicle had entered the underground parking area, time to work.  He had to tell the President the news.

It was nine o’clock, on a Saturday night.  The First Lady, Jadona Stone was, from reports he’d received, solidly entrenched in her East Wing office with a double vodka and Sprite.  So, it was highly probable that Majken Gustafson, aka Missy, Stone’s personal secretary, was face down in the President’s lap.

Therefore, Mavis took a moment to ready himself, for what he was about to witness, before he knocked lightly on the wood framed steel core door.

“Come in,” yelled a familiar voice.

There was a slight rustle of fabric and clearing of throats as Mavis entered.  He hated this.  Missy, on her knees under the Kennedy desk made Mavis uncomfortable, but he knew Stone reveled in it.

“Was it him?” President Stone asked.

“Before I answer that, Mr. President, could you please ask Ms. Gustafson to come from under the desk?  I think we’re going to need some privacy.”

“I can’t think what for,” replied. Stone.  “If it’s him, he’s dead.  So he can’t object one way or the other to us discussing him and Missy hearing it.  And if he’s not, he’s still a traitor on the run with a terrorist who’s committed some really terrible acts against this country.  So, what does it matter?”

Mavis drew in a quick breath, and then answered, “Yes, Mr. President.  Marlene Loudoun, the Director of the FBI, is sure it’s him.  But she’s waiting on DNA tests before announcing it to the Press.”

“Well, that gives us something to celebrate,” President Stone said, reaching down and pushing Missy’s mouth off his penis before zipping up his pants and standing up and walking over to the fully stocked bar he’d had installed in the Oval Office.

“Join me for a drink, Malcolm?”

“That’s a shame, Malcolm.  I’d think with Noah Daniels dead, you’d have one less thing to worry about.”

Mavis note the little uplift at the sides of President’s Stone’s mouth.  Sometimes, there was a hint of malicious understanding in a man that he considered crazy as a loon – as would most of Americans – if they knew the man the way he did.

“But then, again, she can’t get out of the country without my say so.  Can she,” answered Stone.

“Let’s keep it that way.  When you go back to your office, put the DOD on high alert.  No Muslims admitted into the country, at all.  And those leaving, must show up-to-date and accurate IDs.  Otherwise, they’re to be arrested and detained until the DOD can assure me that none of them are fronting for that al-Basir woman.

“And I don’t want any of their asses admitted back into this country.”

What had he done, Mavis thought, helping to get this man elected President.