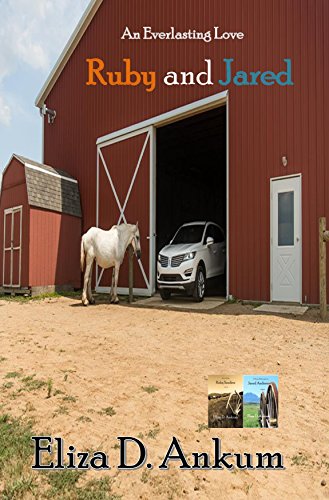 JARED TOOK AND ORGANIZING BREATH – inhaling slowly through his nose and exhaling through his mouth – trying to encourage Arabella to stay calm.  They were only minutes away from North Colorado Medical Center’s Emergency Room entrance.

“What!?” Arabella asked, a deep scowl forming across her forehead.

“Like this,” he said, again slowly drawing air in through his nose and just as slowly pushing it back out through his mouth. Even to the point of making that schhh soundwith his teeth and lips as he pushed the air out.

“Do it the way they showed us in Lamaze class?”

“In Lamaze class it didn’t feel like someone was ripping my guts out through my vagina,” screamed Arabella.

“Sorry, baby.” Jared said, putting his foot to the floor of the silvery gray Lincoln Navigator.

In spite of Arabella’s screams and obvious discomfort, and the nervous fear that squeezed at his heart, Jared was excited.  In fact, he was over the moon in anticipation of holding his first child in his arms.  He was happy and in love in a way that he’d never been before and Arabella had made him that way.  He loved her more than he’d ever loved anyone in his entire life.

Jared spotted the big white, blue, and red Emergency Room sign and started blasting the Navigator’s horn.  He maneuvered across three lanes of traffic and into the lane that lead to the ER’s entrance.  He’d barely put the Navigator in park before jumping out and running around to the passenger side and lifting Arabella out.  There was a huge wet spot on the seat where she’d been sitting.

Arabella was only eight and half months along.  The baby wasn’t due for another two weeks.  But the doctor had warned them that the birth could happen anytime during those two weeks.

“These first babies always have a mind of their own,” Dr. Meldrum had warned.  They come when they’re ready,”   And out of the blue, this morning, in the midst of a thunderstorm, this one had made up its mind to be born.

An orderly and a nurse came rushing out of the hospital’s automatic doors in response to Jared’s screams.  When they saw him carrying Arabella, the nurse yelled, “Get a gurney!”

He’d held Arabella in his arms until the orderly had returned with the gurney.

“I love you Jared Anderson,” is what Arabella had said to him as he’d laid her gently on the gurney.

“I love you, too, baby,” had been his automatic response as the nurse and orderly were rolling Arabella through the emergency room doors.

“Sir, I’m afraid you can’t leave your vehicle parked there,” the orderly informed him. “It’s blocking the entrance.”

“Is there valet parking?”

“Go.  I’ll wait until you get back,” Arabella said jokingly.

So, reluctantly, he’d let go of her hand and ran back outside to where he’d left the Navigator parked with its keys in the ignition and both front doors wide open.

Instantly, Jared jumped into the waiting SUV, started it up, and peeled out of the emergency room area and around to its visitor’s parking lot, taking the first available spot he saw.

Running at top speed back to the Emergency Room entrance, he barely noticed that the rain had stopped and that the birds were singing on this fifteenth day of June – exactly one hundred and fifty-two years to the day that his great, great, great grandfather, Jared Anderson, Jr., had been born.

The Emergency Room’s automatic doors parted and Jared ran down the long gray corridor that led to the Information Desk.  He rounded the corner and stopped. Confusion was evident on his face and all throughout his being.

There were blinking red lights and shrill alarms going off and a small circle of men and women wearing white coats gathered around someone on a gurney.  Someone wearing Arabella’s clothes.  Jared felt as though he’d been sucker punched in the gut and all the air in his lungs had been knocked out of him with one powerful blow.

The nurse who’d met them at the Emergency Room entrance was holding a CPR device over Arabella’s face while a middle aged man with graying hair dressed in an expensive white shirt and dark gray pinstriped trousers topped with a white doctor’s coat was pressing down on her chest.

People around Arabella were moving in slow motion until he heard someone scream her name. The crowd of doctors turned and looked in his direction.

“Arabella!” He screamed again and rushed towards the gurney but the orderly who’d sent him out to move the car came rushing forward and stopped him.

“We’ve got her back,” yelled the doctor who’d been pressing on Arabella’s chest.

And before Jared could do anything for his wife, she was whisked away down a hall and onto an elevator.

“Sir!  Sir!” Someone was in his face trying to get his attention.  “Is that your wife, sir?”

“Is your wife a patient here?”

Jared suddenly snapped out of his confusion that, by now, had turned to anger.

“What the hell happened to my wife?”

“It appears, sir, that your wife has suffered a massive stroke.”

“Sir, it’s not uncommon for a woman to have a stroke during delivery.  I’d like to assure you, sir, that your wife is in good hands and that we’ll do the very best we can.   Sir, if you’d come with me, I’ll take you up to the Obstetrics OR’s waiting room.”

“OR waiting room?  No!  No!  We’re here to have a baby.  Our first!” Jared repeated, pulling free of the doctor.

“We’re here to have a baby.”  Jared screamed, again, running down the hall towards where he’d seen them take Arabella.